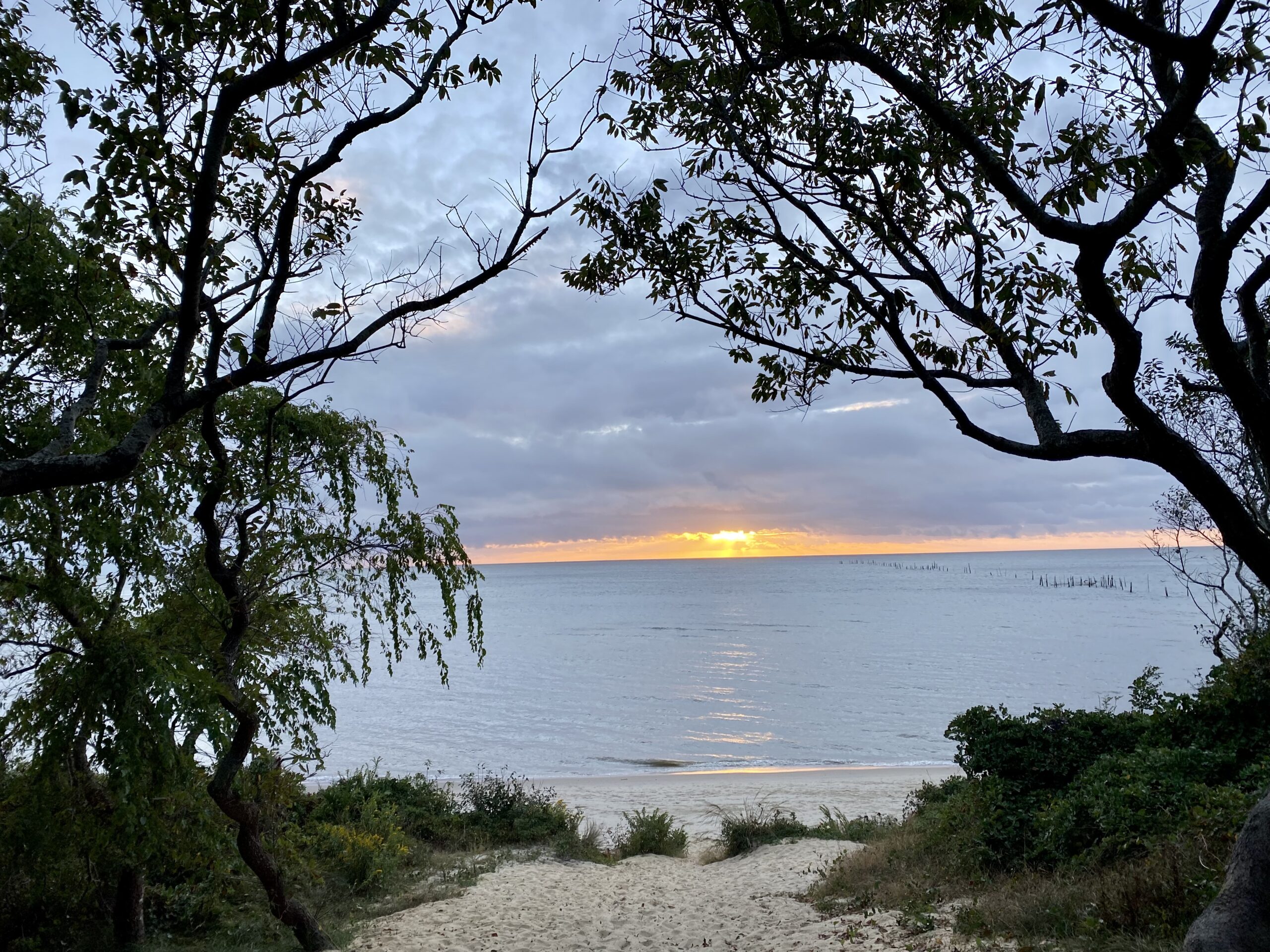 During the COVID-19 pandemic, Americans began traveling differently. And so did I. In lieu of my annual two-week excursion abroad with my husband, my family has stuck closer to home and focused on short excursions that don’t require plane travel (not until our 4-year-old is vaccinated, anyway). Local travel has scratched my wanderlust itch…mostly. I continue to dream of the Mediterranean, but I’m also grateful for the destinations I have visited in the DMV (DC-Maryland-Virginia area).

For Indigenous People’s Day Weekend, we ventured from Northern Virginia to a campground south of Cape Charles on the Eastern Shore of Maryland. I grew up about two hours north of Cape Charles in the mid-shore region of the Delmarva Peninsula, so I expected the area to feel familiar…like home. A popular beach destination for local families, we stayed in a campground cabin just a stone’s throw from the mouth of the Chesapeake Bay and a couple of miles from the Chesapeake Bay-Bridge Tunnel.

As soon as we arrived in Cape Charles, we stopped at the town’s public beach and strolled down its municipal pier to get a view of the beach and maritime port from the water. As we walked along, I was struck by the number of oysters and barnacles clinging to the pilings along the pier. “How odd,” I thought to myself. “I have never seen so many oysters situated this close to a population center.” 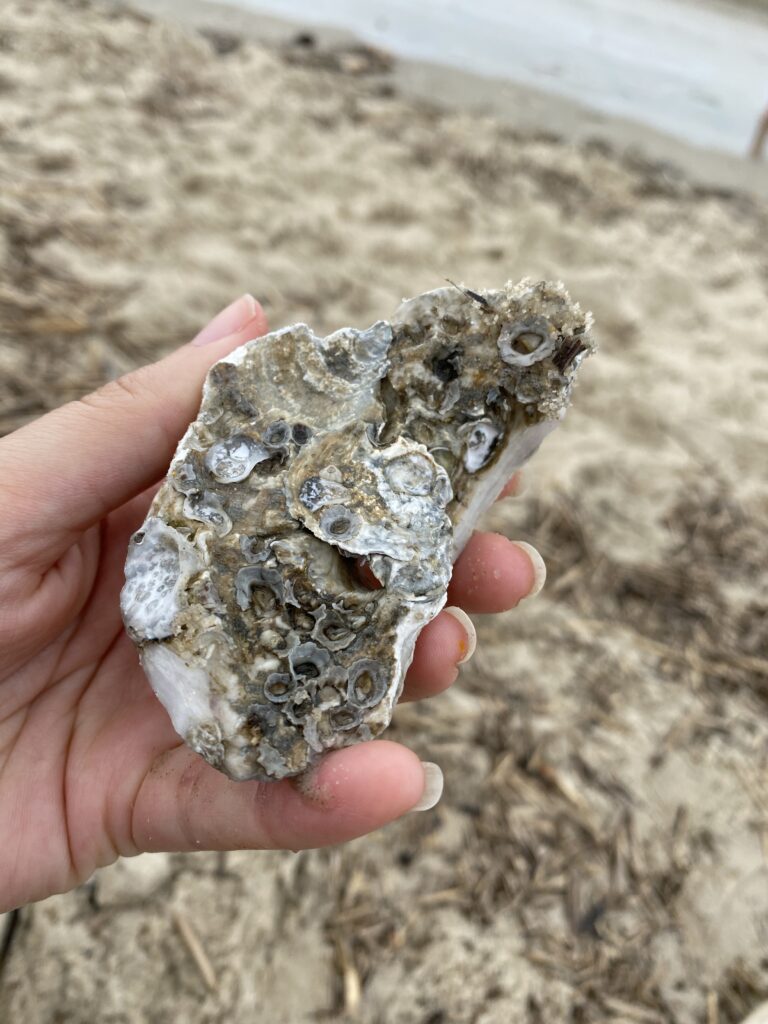 Growing up on the Shore, eastern oysters were a way of life and are one of the Chesapeake Bay region’s earliest and most essential industries. However, the number of oysters in the Bay has plummeted precipitously since they were first discovered by European settlers, forming massive, tree-like underwater reefs that threatened passing ships. Oysters play an essential role in maintaining a healthy Bay ecosystem: one oyster can filter more than 50 gallons of water in a single day. In fact, in the late nineteenth century, the Bay’s oysters could filter a volume of water equal to that of the entire Bay in three or four days; today’s population takes nearly a year to filter this same amount.

This was just the beginning of Cape Charles’ surprises for me, luckily. We checked into our campground cabin and headed for the beach to explore our home for the next few days. The campground owned a narrow section of beach in the middle of a national wildlife reserve, but I had not considered the implications of that location until we arrived. The beach was teeming with life. Small snails, ghost crabs, and sand crabs were everywhere to be seen by the naked eye.

A less welcome site was the tremendous amount of litter on the beach, particularly cigarette butts. This broke my heart a little; how terribly frustrating it is to be in the midst of such an ecologically diverse and sensitive place and see such careless human treatment of this beauty. I made up my mind to pick up every single cigarette butt I saw during our visit, and in a few beach strolls (while trying not to ignore my patient family), I collected dozens of discarded cigarette butts. Don’t worry—I used lots of hand sanitizer. 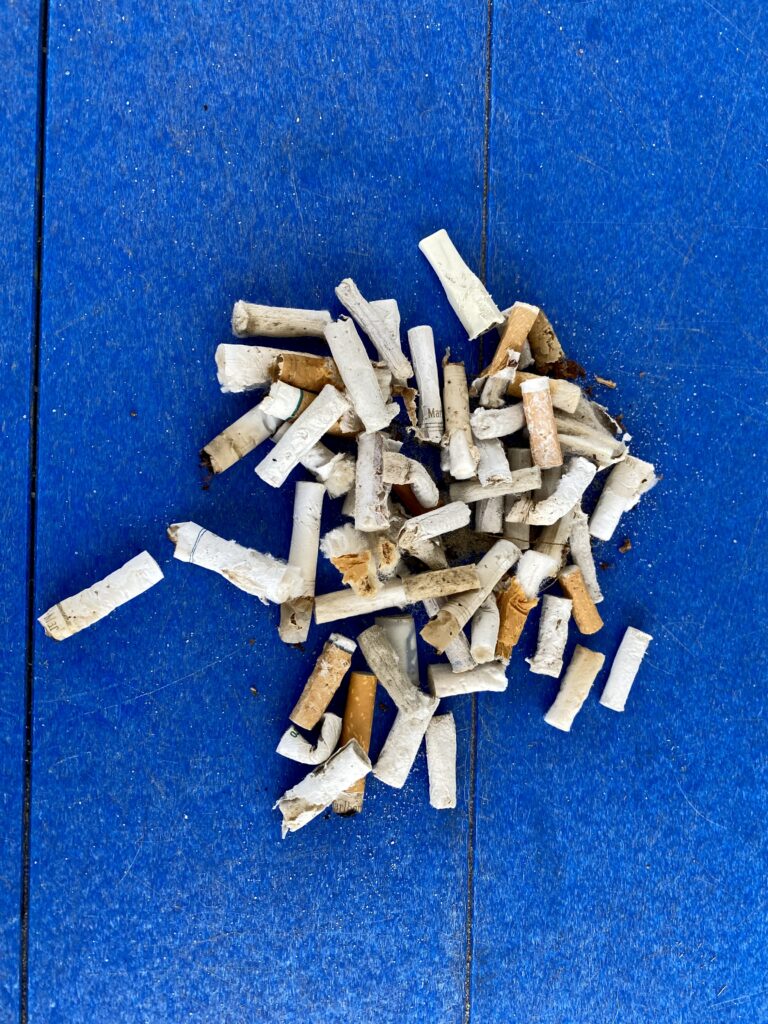 Despite my sadness about the state of the campground beach, I was undeterred in my appreciation of this remarkable place. As I am prone to do in moments of staggering awe, I was geeking out over the beauty of flora and fauna.
The plant life struck me as a beautiful combination of the rugged, windblown plants I was accustomed to seeing further south on the North Carolina coast and the swaying grasses and reeds of the mid-shore’s wetlands.

The next day, we leaned further into our interest in the natural heritage of Virginia’s Eastern Shore. We visited Kiptopeke State Park, another natural park on the waterfront a few miles north of the wildlife refuge. We stumbled upon a group of people perched atop a wooden structure, each with binoculars in hand, pointed at the sky during our exploration. We discovered that these devoted naturalists were there to participate in the park’s annual Hawk Watch, a project of the Coastal Virginia Wildlife Observatory that counts raptors that cross over the park each fall during their annual migration. Some of the birds that can be seen here are American Kestrel, Osprey, Cooper’s Hawk, Sharp-shinned Hawk, Merlin, and Peregrine Falcon.

The southern tip of the Delmarva Peninsula is an important migratory bird stopover location along the Atlantic coast. The narrowing peninsula created by the Chesapeake Bay and the Atlantic Ocean causes a funneling effect on the birds as they fly south. The Eastern Shore of Virginia Wildlife Refuge, adjacent to our campground, provides critical stopover habitats where the birds can rest and feed before resuming their migration. The funneling effect also means that the region has more birds to observe in a much smaller area. Indeed, the Kiptopeke Hawk Watch typically counts 15,000 to 20,000 raptors migrating over Kiptopeke State Park each year. While we were on site, we could help count a few dozen birds crossing over in a brief period! It was thrilling for this nature lover. I told my husband that he might need to release me for a few days next fall to come back and volunteer with the group. 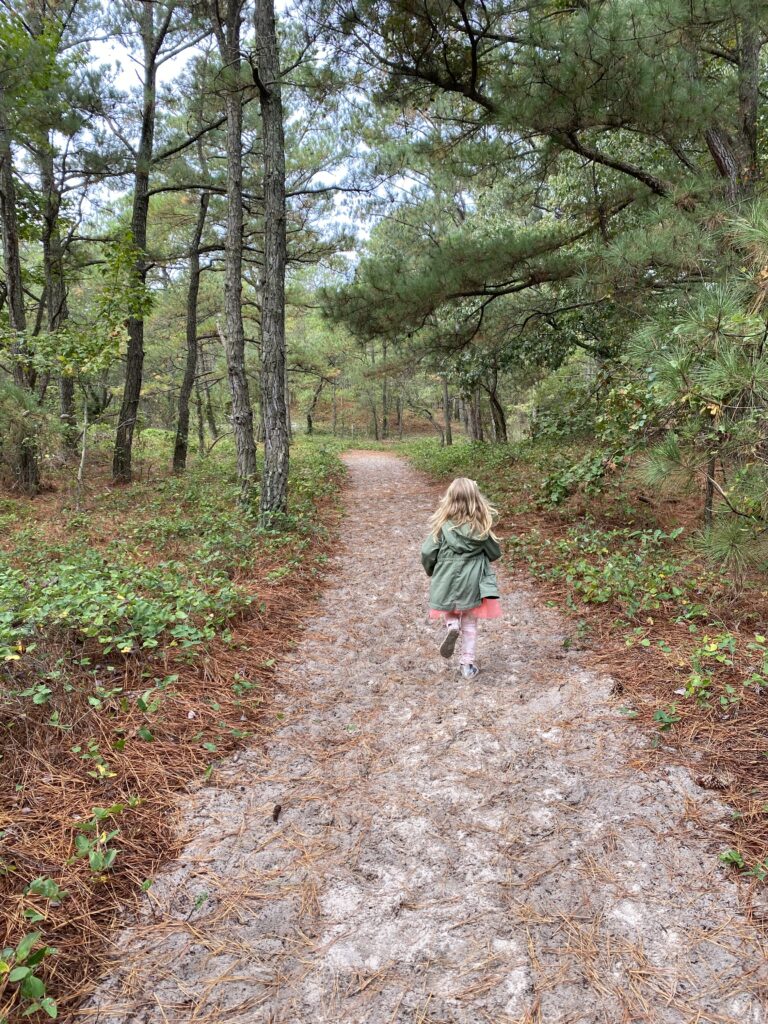 The following day, we hit our last eco-stop of the trip: the Cape Charles Natural Area Preserve. Have you ever seen a dune in a forest or a forest growing on dunes? I certainly had not experienced an ecosystem like this in any of my travels. Cape Charles Natural Area Preserve is the site of a Maritime Dune Woodland environment, which is rare throughout the world. Sandy, hilly trails traverse a landscape of loblolly pines and culminate on a low bluff overlooking the Bay. Boggy ponds dot the landscape throughout the park and attract turtles, frogs, and songbirds. The most important species here is the federally threatened northeastern beach tiger beetle, which we could spot handily at the water’s edge, and were careful not to disturb.

If you ever find yourself on the Delmarva Peninsula, take the time to visit the wildlife refuges of Virginia’s Eastern Shore. In addition to all of the notable species that call the area home or visit it as a respite during a long migration, it’s one of the best places on the East Coast that offers sunset views over the water.

To learn more about the ecological importance of Virginia’s Eastern Shore and how you can support the species mentioned here, visit the Coastal Virginia Wildlife Observatory. 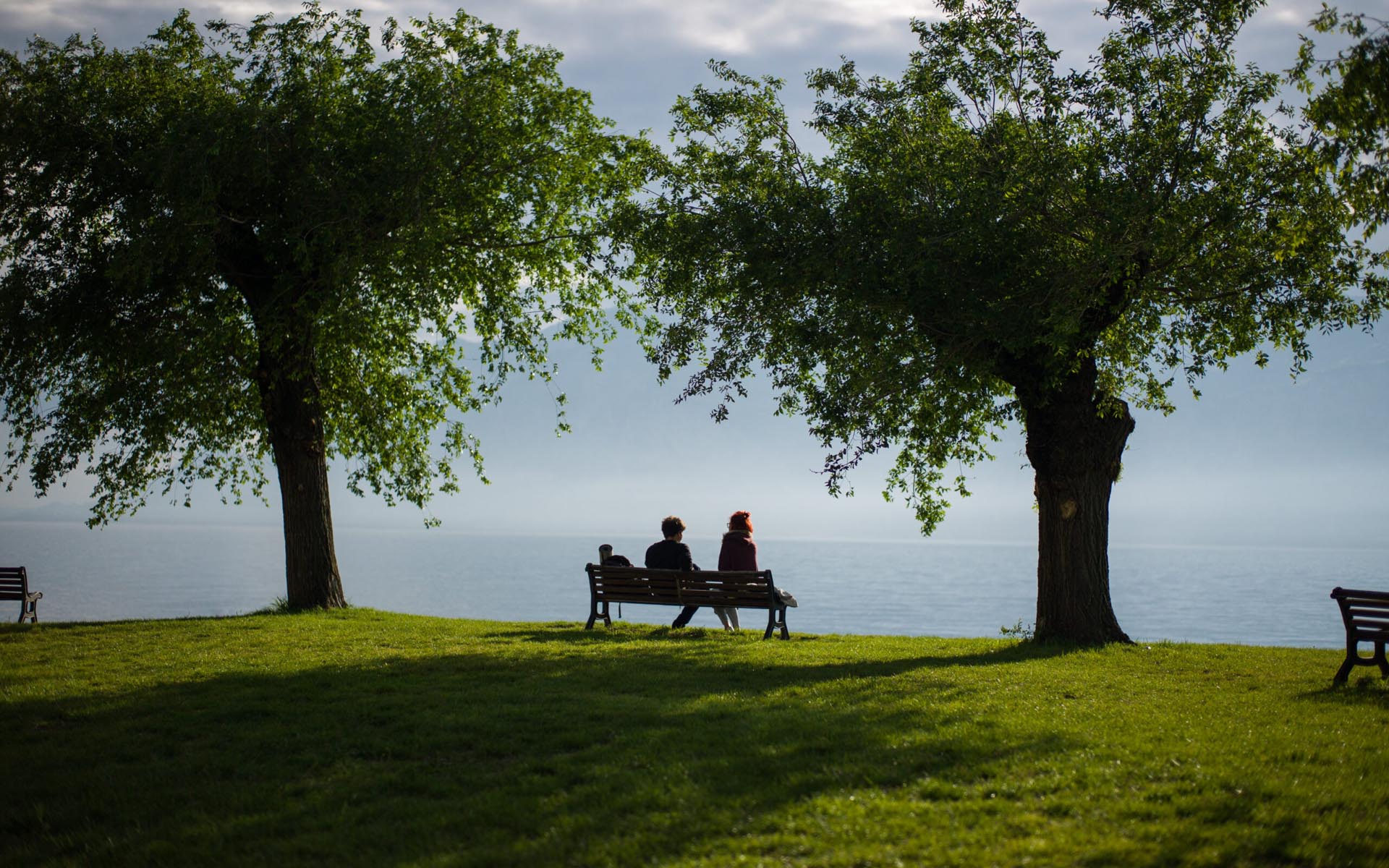 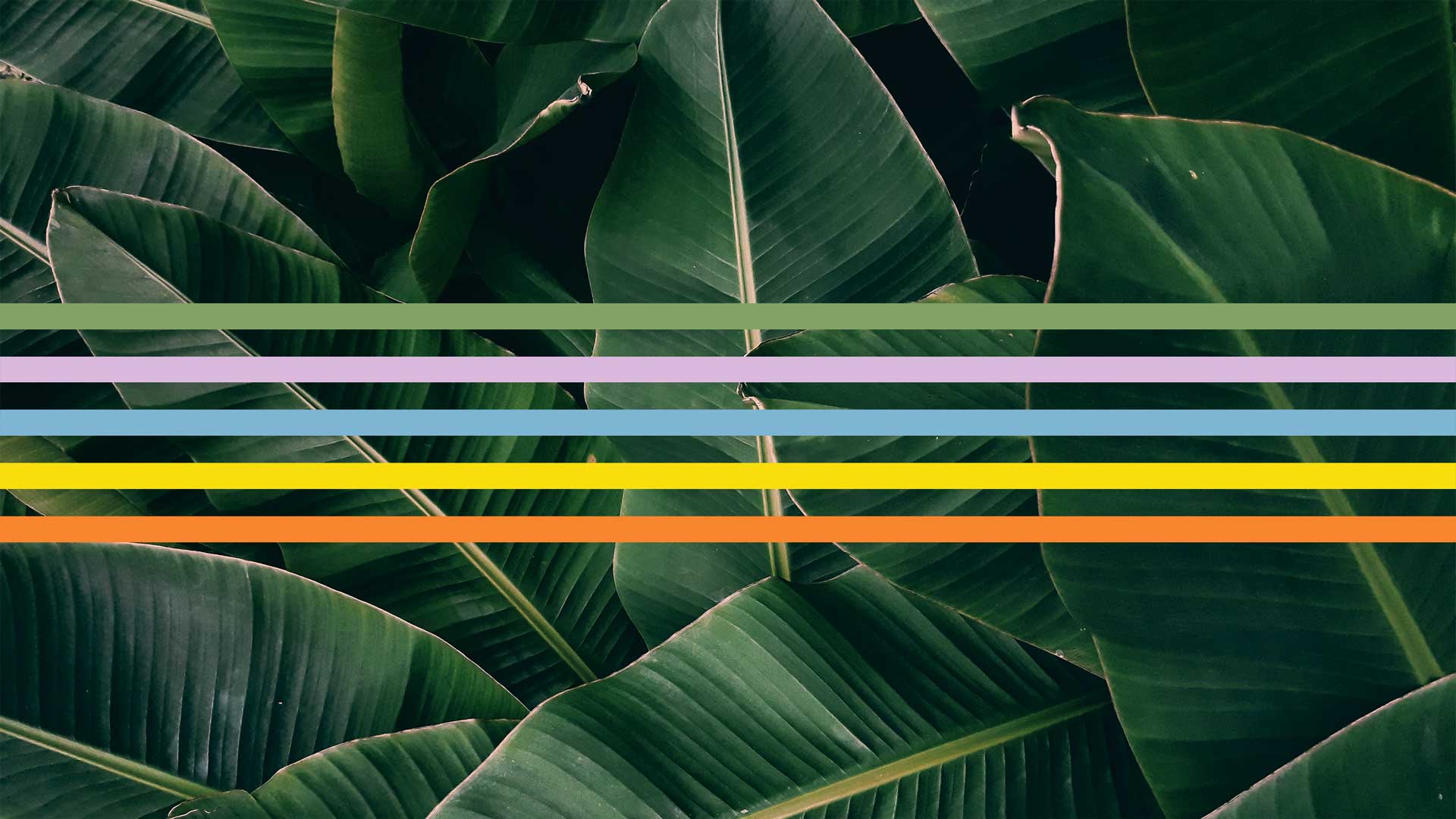