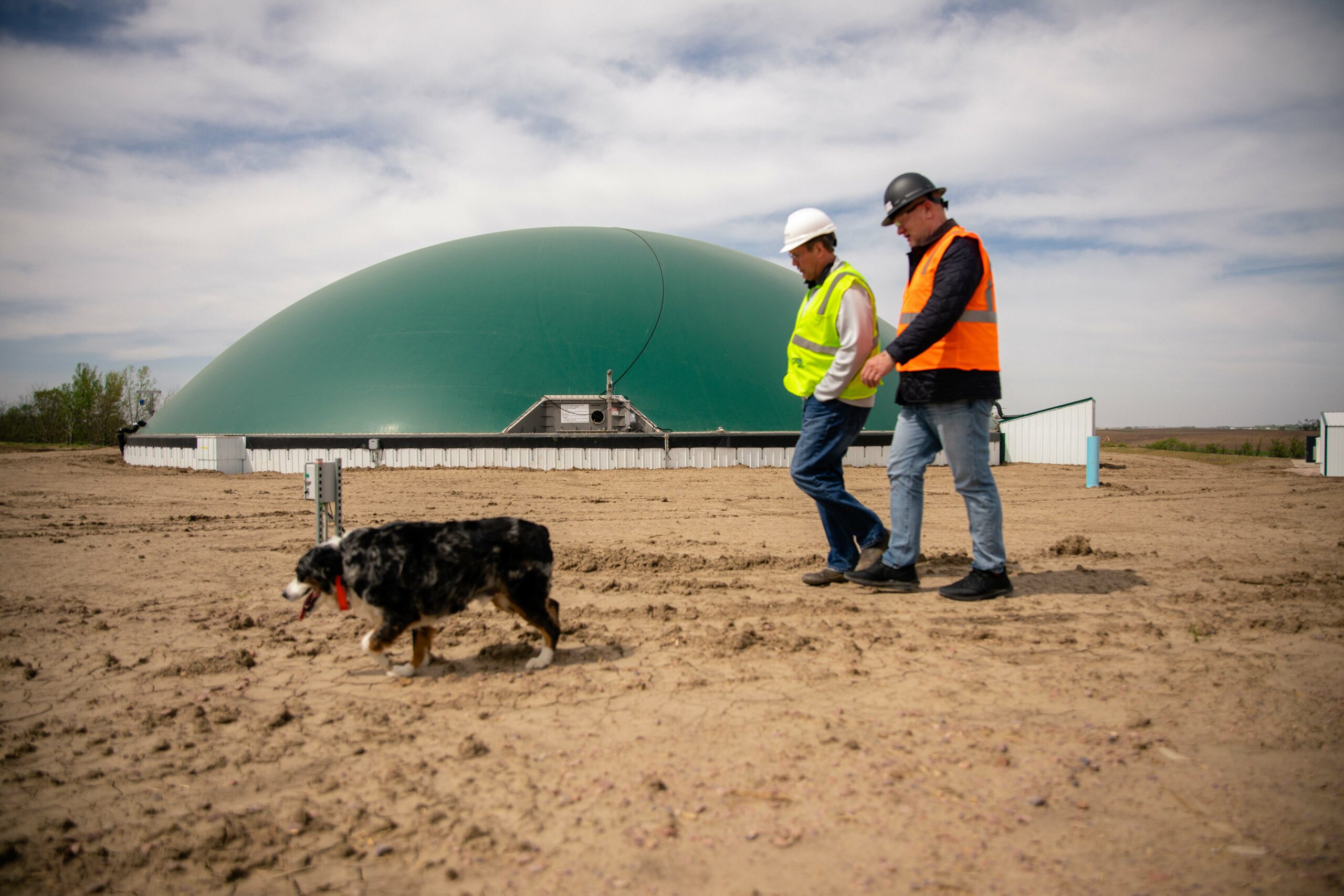 On Tuesday, President Biden signed into law the Inflation Reduction Act (IRA), an ambitious legislative package aimed at tackling climate change on an unprecedented scale that we have never seen in the United States.

For an effort that seemed dead in the water a few months ago, this final climate change package seems poised to implement real change regarding how we address the urgent problem of global warming, and I couldn’t be happier to see it signed into law.

While not every part of the IRA is perfect—anyone who is concerned with the environment and humanity’s impact should be pleased to see forward-thinking legislation pass at a time when it is easy to be discouraged at how slow we—society—are moving.

In short: this is a win for the planet and communities.

There are a couple of measures that caught my attention.

The first is the renewed focus on renewable energy projects that could spur billions of dollars in private investments.

We have been working with organic waste and dairy farms in the states for years to build anaerobic digesters that significantly reduce the methane farms traditionally released into the atmosphere—considerably reducing greenhouse gas emissions. We take the biogas, clean it, compress it into the pipeline, and turn it into renewable natural gas—sold as heating or vehicle fuel.

These projects are a win for farmers because they are another source of income. It’s also a win because these projects spur real change in the fight against climate change.

As the IRA goes into effect, more investors and companies will realize they can see immediate benefits from installing these projects. [These projects create a positive economic and environmental impact on our communities.]  This has enormous positive ramifications for a company like ours that is prepared to work with partners in this space, but also for the companies that want to utilize the energy incentives that won’t emit carbon.

It’s hard not to feel optimistic about initiatives like that.

Another area that gives me hope is the emphasis on environmental justice, a topic that I am struggling to define as it pertains to Brightmark.

In this bill, some of the most significant environmental justice investments will include $15 billion for projects that reduce greenhouse gas emissions in low-income communities and $11 billion for cleaning up Superfund sites that have historically impacted low-income communities. More investments will be made available via grants for helping communities invest in zero-emission transport, creating affordable housing, focusing on energy efficiency, and cleaning up air pollution in port communities where the residents are often low-income.

This amount of money being invested is not a rounding error. These are real, impactful investments that can change the course of lives that have, historically, been ignored or under-represented throughout our history as a nation. I am surprised, in a good way, to see the focus put on those who deserve to benefit from such an ambitious effort—in the same way you and I do.

In the grand scheme of things, we are all in this together. How we address climate change shouldn’t depend on the color of your skin or the amount of money in your bank account. It should solely rely on our actions to make this planet more hospitable—we don’t have another option.

When we look back on the effects of the IRA decades from now, I hope we will have seen a discernible shift in how climate impacts humans and how we view the activities that affect the world around us.

Whether or not that happens remains to be seen, but this is a critical start. After so many years of stopping and stalling our fight against climate change, it seems like we have finally gotten to a place where the United States will take it seriously, and it comes not a moment too soon.

Like I’ve said previously, never let great get in the way of good. It can be easy to be frozen with inaction if you wait for the perfect combination of factors to occur first.

Federal climate change negotiations were set to implode, leaving us with no way forward in our generation’s most important fight. But our elected officials did what we needed them to do. Now it’s up to us to fulfill our end of the bargain.

Look Before You Book: A Sustainable Travel Guide to Alexandria, Virginia
February 6, 2023